The Difference Between Plastic bags and Mesh Bags

In order to limit the use of disposable plastic products, China actually implemented the "plastic restriction order" in 2008. After the implementation of the notice, by 2015, the annual consumption of plastic shopping bags in major retail outlets in China will be reduced by 2/3 compared with that in 2010, which has played an important role in China's ecological environment protection. Since the 18th National Congress of the Communist Party of China, the party and the government have attached great importance to the construction of ecological civilization and are determined to implement the concept of green development. According to the national requirements, by 2025, the management system for the production, circulation, consumption, recycling and disposal of plastic products will be basically established.

It is worth noting that in the national energy conservation publicity week, e-commerce, logistics, takeout and other industries also issued initiatives to call on the whole society to participate in the control of plastic pollution and reduce the use of plastic shopping bags with logos.

With the consensus of the whole society on the further restriction of disposable plastic products, its substitute products industry will usher in a golden period of development. In today's green development concept is deeply rooted in the hearts of the people, expanding the disposable plastic products replacement industry is also a vivid practice of environmental protection concept. At present, there are many environmental friendly bags, such as mesh produce bags, canvas bags, cotton bags and so on. So, what's the difference between the mesh bag and the plastic bag in terms of raw material? 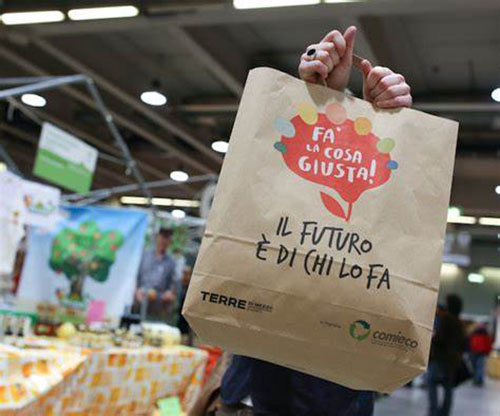 The plastic tote shopping bags is a kind of plastic product that consumers use to hold the goods they buy. It is made of resin as the main raw material, which is used for packing goods and other goods in sales, service and other places. And it is also used for carrying products.

Plastic is a kind of macromolecular compound which is made of monomers by addition polymerization or polycondensation reaction. Its deformation resistance is medium, which is between fiber and rubber. It is composed of synthetic resin and additives such as fillers, plasticizers, stabilizers, lubricants and colorants.

Mesh grocery bag is mainly made of mesh cloth. The grid cloth is a glass fiber coated with alkali resistant polymer emulsion and made of alkali glass yarn. The application of grid is more connected with the advertising industry. And the place it involves is basically used for advertising of high-rise building walls. There are many products made of it,, such as mesh vegetable bags, black mesh backpacks and so on.

Due to the characteristics of its raw materials, the mesh travel bag has high strength and good alkali resistance. Grid cloth plays an important role in the thermal insulation system to prevent cracks. Because of its excellent performance of resisting acid and alkali and other chemical substances, it can make the stress of external wall insulation system evenly disperse. In addition, it can avoid the deformation of the whole insulation structure caused by the impact and extrusion of the external impact force, so that the impact strength of the insulation layer is higher.